It's Something Wiki
Register
Don't have an account?
Sign In
Advertisement
in: It's Something, Cryptozoology, Cryptids,
and 10 more

The Ambize is an enormous lake monster that is said to inhabit the African Congo.Said to have the body of the fish, the head of an ox, two human like hands and a bizarre, target shaped tail; this odd looking fish is reportedly prized among these Congolese natives for its remarkably pork like flavor.

Although the region of Africa known as the Democratic Republic of Congo is not often explored, due to its thick vegetation and constant political turmoil, one must question the very existence of such a bizarre fish. In the end we are left with a single, unbelievable description of a creature which seems so far fetched that even the open minded cryptozoologist has a hard time accepting. 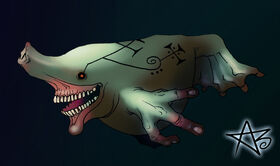 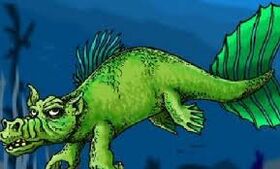