The Arkansas Snipe is fearsome critter in form of giant insect. The legend tells that a lumberjack was lost in Arkansas. He went up a hill to orient himself. When he came back, the horse wasn't there; two Arkansas Snipes ate the horse, chomped the saddle and spat the horseshoes. In another version, the giant insects devour a cow and brush their teeth with the cow's horns. An American salesman and searched a man named Danial. The two men started walking around the swamp. Soon, they heard the bell of a cow and walked to see the cow. When they arrived, they saw a dead cow with a mosquito standing on two feet on it shaking the bell to call the other cows and make them arrive to their fate.

The mosquitos looked more like raccoons, because they had claws that if they kicked a cow, they would pierce the heart of the cow. And there's also the story of Bill Jenkins, the largest man from Arkansas, who got up a night and two mosquitoes grabbed him and carried him with them. The mosquitoes started to talk if they should hide him in the swamp, but decided to not to hide him in the swamp because bigger mosquitoes would steal their prey. There's also a story that tells that a man hide two mosquitoes under a caldron, so they started to make holes in the caldron to escape. The man pulled away their prickles so they won't escape, but the mosquitoes flied away with the caldron and the human. 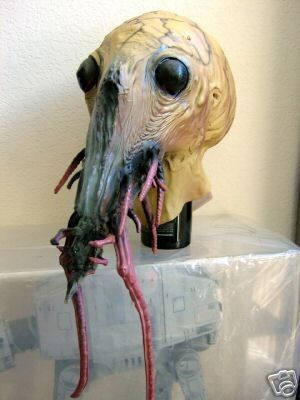