The Fei Lian was a remarkable creature in Chinese Mythology, exhibiting five different animal species within its family tree.

With the body and legs of a stag, it was as swift as wind, gliding through its forest dwell with ease. A long, serpentine tail balanced the beast's heavy head, resembling that of a sparrow with gleaming white bull horns with stripes. Its elegant body was covered in golden fur and dark spots,rather like the pelt of a leopard.

These beasts were not carnivores, but would kill any creature that threatened them. 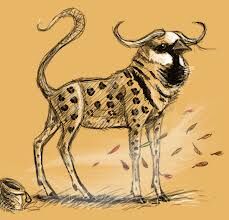 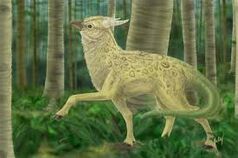