It's Something Wiki
Register
Don't have an account?
Sign In
Advertisement
in: It's Something, Cryptozoology, Cryptids,
and 5 more 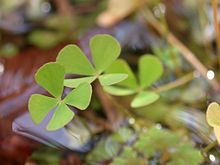 The raskovnik or razkovniche is a magical herb in Slavic (Bosnian, Bulgarian, Croatian, Macedonian, Montenegrin, Serbian,Slovene, Russian) and Romanian (iarba fiarelor) mythology. According to lore, the raskovnik has the magical property to unlock or uncover anything that is locked or closed. However, legends claim it is notoriously difficult to recognize the herb, and reputedly only certainchthonic animals are able to identify it.

The herb is known by a multitude of names among the South Slavs, and the names vary significantly by region. While razkovniche andraskovnik are the customary names in Bulgarian and Serbian respectively and the root is also preserved in the Leskovac dialect asraskov, in some parts of Macedonia it is known as ež trava ("hedgehog grass"). In the vicinity of Bar (southeastern Montenegro), the term is demir-bozan, a Turkish borrowing meaning "iron breaker". In Syrmia, the plant is referred to as špirgasta trava, in Slavonia it is known as zemaljski ključ ("earth key"), and in Slovenia's Savinja Valley as mavričin koren ("rainbow root").

Traditionally, it is considered that few people, if any, could actually recognize the herb. However, in Bulgarian sources the raskovnik is sometimes described as a grass resembling a four-leaf clover. It grows in meadows and may be picked either while green and blooming or in hay, when it is already dry. While it is not necessarily rare, nor does it thrive only in remote locations, it is nevertheless impossible to recognize by the uninitiated. In the words of Serbian linguist and folklorist Vuk Stefanović Karadžić, “It is some (may be imaginary) grass for which it is thought that thanks to it (when brushed by it) every lock and every other closure would open by itself.”

According to the legend, the raskovnik could unlock any gate or padlock, regardless of its size, material or key. It could also uncover treasures buried in the ground: in Bulgarian beliefs, it could split the ground at the place where a treasure lay so that people could locate it. In some regions of Serbia, the treasure itself was a black man in chains who requested that a raskovnik be brought to him. The raskovnik would break the chains and the man would disappear into the ground to be replaced by a cauldron filled with gold coins. Other supernatural properties attributed to the herb by Bulgarians include the alchemic ability to transmute iron into gold, the more general ability to make the one who picked it forever happy or wealthy. In some interpretations, the raskovnik is a wonderful plant that makes true whatever its owner desires.

The raskovnik is believed to have been sought after by treasure hunters, sorcerers and herbalists who desired its magic powers for personal benefit. In Serbia, it was believed that there exist certain treasures, such as the Treasure of Tsar Radovan, which could not be unlocked in any other way but employing a raskovnik.

As, according to Bulgarian mythology and some other traditions, tortoises were the only beings who knew the appearance of the herb and the location where it grows, such people would try to obtain the raskovnik by deceiving a tortoise. They would find a tortoise nesting site and hem it in with a fence while the tortoise is away. When it returns, the tortoise would be unable to access its eggs, so it would return with a raskovnik in order to breach the fence. Thus, the tortoise would reveal the herb and people would acquire it from the tortoise, which does not need it anymore.

While the tricking of a tortoise was the most popular method in Bulgarian mythology, in Dalmatia the legend refers to snakes, and among Serbs another version involves the locking of young hedgehogs in a box for their mother to unlock. In Serbia, one would also have to be quick to take the raskovnik, as the hedgehog would swallow it after use. In any case, turtles, snakes and hedgehogs are all animals with chthonic characteristics which were often variously associated with the underworld in South Slavic tradition.

Karadžić also mentions another Serbian method to obtain the raskovnik. He recorded a story from the town of Zemun about a merchant who desired to find the herb. The merchant locked an old woman into leg irons and let her wander in a field during the night; if the irons unlocked by themselves at a certain place, that would be a place where the raskovnik grows.